Take as soon as possible, and no longer than five days after unprotected sex.

On this page
How does it work?
Dosage information
How to take ellaOne
Are there side effects?
Ordering ellaOne online
FAQs How to order 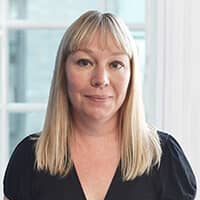 Last review 11 June 2022
How does it work?
Dosage information
How to take ellaOne
Are there side effects?
Ordering ellaOne online
How to order FAQs

It works by altering the activity of the body's natural hormone progesterone, which can stop your ovaries from releasing an egg and prevent pregnancy. ellaOne contains the active ingredient ulipristal acetate; this works in a similar way to levonorgestral, the active ingredient in Levonelle. Levonorgestral interferes with ovulation during the early stages of the egg's development, while ulipristal will delay the release of the egg from the ovary.

An ellaOne 30mg tablet works for much longer than the standard morning after pill, which protects against pregnancy for up to 72 hours after unprotected sex. Clinical trials have also proven ellaOne to be more successful at preventing pregnancy; during the first 72 hours after unprotected intercourse, significantly fewer women became pregnant after taking it than those who took Levonelle.

Please note that emergency contraceptive pills will not work if you are already pregnant.

You are suitable to take the ellaOne 30mg pill if you are over 18 years of age and have had unprotected sex or experienced contraceptive failure. You should only buy this as an emergency contraceptive; it should not be used regularly. You should still use a regular method of contraception following the use of this pill for full protection.

Certain medications can make it less effective; these include epilepsy, HIV and bacterial infection medications, as well as some herbal medications containing St John’s Wort.

How to take ellaOne

You should take a single pill no later than five days (120 hours) after you have had unprotected sex. It is suitable to take at any point during your menstrual cycle, and you can take it with or without food.

If you are already taking birth control pills, you should continue to take them as normal. You can only take one ellaOne pill during each menstrual cycle, which is why we advise using a condom until you reach your next period to absolutely minimise the risk of contraceptive failure.

If you are breastfeeding, you should wait 36 hours after you take this emergency contraceptive before you breast feed again.

Are there side effects?

ellaOne causes most women only a few side effects. You might experience nausea after taking it, as well as mild bouts of dizziness, drowsiness, blurred vision and difficulty concentrating.

If you are physically sick in less than three hours after taking this medication, you should contact your doctor.

If you want to buy this online, you will need to complete one of our online consultations. The consultation form will include a number of medical questions and is treated as strictly confidential. One of our doctors will review your consultation and your suitability to buy ellaOne. If they decide you are eligible to take this morning after pill, they will issue you a prescription and your emergency contraceptive pill will be dispatched from our pharmacy for overnight delivery.

For your discretion and to ensure the item remains intact during delivery, your medication will be packed carefully in an unbranded padded envelope with no written or visual reference to 121doc. 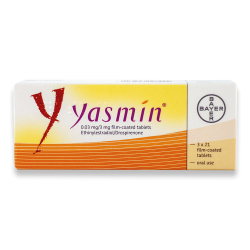 We offer many contraceptive treatments and advice on the best fit for you.