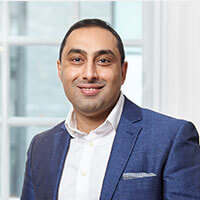 This is a highly effective dual asthma treatment which can work as a reliever inhaler as well as an anti-inflammatory. Budesonide is a type of steroid that is also found in the inhaler known as Pulmicort, where it's the sole ingredient. Steroids such as these are used in asthma treatment because they help to reduce inflammation in the airways, which tends to be present in asthma patients, but more so in instances where irritants are present in the environment.

However, steroidal anti-inflammatory action can take a while to provide noticeable relief, which is why reliever inhalers such as Ventolin with salbutamol are recommended. Symbicort, on the other hand already has an ingredient, formoterol fumarate dehydrate, which is a long-acting beta 2-adrenoceptor agonist. It is also known as a bronchodilator and widens airways by acting on receptors found around the airways. So while the latter provides almost instant relief from asthma symptoms, Symbicort's anti-inflammatory action can get to work to provide long-term preventative relief.

Patients that can use Symbicort

In most instances this treatment is used to prevent breathlessness and discomfort, which are common asthma symptoms. It can be used on its own or with a reliever such as Ventolin. However, it should not be used if you have an existing allergy to the active ingredients in this treatment or treatments that work in a similar way.

You should also mention to your doctor if you are taking any medications, especially beta-blockers or diuretics, or if you have diabetes, a lung infection, high blood pressure, thyroid problems, and high levels of potassium or liver problems.

The Turbohaler comes in three doses: 100mcg (budesonide) / 6mcg (formoterol fumarate dehydrate), 200/6mcg and 400/12mcg. How often each of these doses should be administered will differ from person to person but most of the time using your inhaler twice a day should be sufficient.

All prescription medications carry with them a risk of side effects, although it doesn't mean that that they will affect all patients who use a particular treatment. Common side effects include: oral thrush, mild sore throat, hoarseness, headaches and heart palpitations. In most cases these side effects aren't lasting and oral thrush can even be avoided by ensuring that you rinse your mouth after every use of this medication.

Should any of these side effects start to bother you or you notice anything more serious, immediate medical help should be sought.

We understand the importance of staying on top of your asthma treatment regimen, which is why we've made it safe and convenient for patients to get a repeat prescription for their inhaler online at 121doc. Our order process includes a specially developed and 100% free consultation, which will allow our doctor to evaluate your suitability for a prescription. If a prescription is issued you will be notified and your order will be passed to our pharmacy, where our pharmacist will ensure that your treatment is dispensed for delivery the very next day, at no additional charge. We offer different medications for asthma so be sure you have the correct form. To view the rest of our medications see our asthma condition page for more information and other available treatments.

After the initial consultation.....I received my online medication within 2 days.....excellent professional service.. Thankyou

Excellent service I wouldn’t use any one else